"So I'm reprising a talk that I gave in September at Carnegie Mellon University.
There's an academic tradition called "The Last Lecture." Hypothetically, if you knew you were going to die and you had one last lecture, what would you say to your students?

Well, for me, there's an elephant in the room, and the elephant in the room is that for me it wasn't hypothetical. I have been fighting pancreatic cancer. It has now come back after surgery, chemotherapy and radiation, and the doctors tell me there is nothing more to do and I have months to live. These are my most recent CT scans.
The pancreatic cancer has spread to my liver. There are approximately a dozen tumors. I don't like this. I have three little kids. Let's be clear. This stinks, but I can't do anything about the fact that I'm going to die. I'm pursuing medical treatments, but I pretty much know how this movie is going to end, and I can't control the cards I'm dealt, just how I play the hands.Now, if I'm not morose enough for you, I'm sorry to disappoint, but I don't choose to be an object of pity.

And in fact, although I'm going to die soon, I'm actually physically very strong. In fact, I'm probably physically stronger than most of the people in this audience. So, today's talk is not about death. It's about life and how to live. It's specifically about childhood dreams and about how you can try to achieve them. My childhood dreams. Your childhood dreams. As a child I had an incredibly happy childhood. I went back and raided the photo album, and I couldn't find any places where I wasn't smiling. I just had a great childhood, and I was dreaming, always dreaming. It was an easy time to dream. When you turn on your television set and men are landing on the moon, anything is possible, and we should never lose that spirit. So, what were my childhood dreams? Being in the National Football League.
This is one of the childhood dreams that I didn't achieve, and it's very important to know that, if you don't achieve your dreams, you can still get a lot by trying for it.
There's an expression I love: Experience is what you get when you don't get what you want. Now, I played little league football for a long time, and I had a phenomenal coach, Coach Jim Graham, and he was old school. When I was in a practice, he rode me all practice. You know, "You're doing it wrong. Go back. Do it again. You're sloughing off. You owe me push-ups." Just for two hours, it was relentless. And after practice one of the assistant coaches came up to me and he said, "You know, Coach Graham rode you pretty hard." I said yeah. He said, "That's a good thing, because it means he cares." When you're doing a bad job and nobody points it out to you, that's when they've given up on you.
That's something that really stuck with me is when somebody is going to ride you for two hours, they are doing that because they care to make you better. So, next dream: Walt Disney Imagineering. When I was eight, my family took the pilgrimage to Disneyland in California, and it was this incredible experience, the rides and the shows and the attractions and everything, and I said, gosh, I'd like to make stuff like that when I get older. So I graduated from college and I tried to become an Imagineer -- these are the people who make the magic -- and I got a lovely rejection letter. And then I tried again after graduate school, and I kept all of these rejection letters over the years. They are very inspirational. But then the darndest thing happened.
You know, I worked hard and worked hard, and I became a junior faculty member and I specialized in doing certain kinds of research -- that's me -- and I developed a skill that was valuable to Disney, and I got a chance to go there, and I was part of an Imagineering team and we worked on something called Aladdin's Magic Carpet Ride, and it was incredibly cool.However, it took me over 15 years to do it and lots and lots of tries, and what I learned from that is that the brick walls that are in our way are there for a reason.
They are not there to keep us out. They are there to give us a way to show how much we want it.

If you're going to have childhood dreams, I recommend you have good parents. I lucked out. I have great parents.
This is my mother on her 70th birthday. I am the blur in the back. I have just been lapped. This is my father on his 80th birthday. There is this notion of have fun all the time. Have a sense of fun and wonder. That should never go away. My dad, what an incredible guy. He fought in World War II. He was clearly part of the greatest generation. Sadly my dad passed away a little over a year ago, and when my mother was going through his things, that was when she discovered that in World War II he was awarded the Bronze Star for Valor. In 50 years of marriage, it had just never come up. There's a real lesson in humility that I could learn from my father.
Now, my mother. Mothers are people who love you even when you pull their hair. And this was the kind of relationship I had with my mother, and my mother, speaking of humility, was always there to keep me in check. When I was going through graduate school and I was taking really hard examinations, I was home pretty much complaining and whining about how hard these Ph.D. tests were, and she just patted my arm and said, "We know how you feel.

Just remember, when your father was your age, he was fighting the Germans in World War II.And then the day came when I got my Ph.D. and I was so proud and my mother introduced me to everyone as, "This is my son. He's a doctor, but not the kind that helps people."Probably the most wonderful thing my parents did was they let me paint my bedroom. I said one day, "I want to paint stuff on the walls," and they said okay. So I had a rocket ship. And we lived in a ranch, so I wanted an elevator. I wasn't sure where it would go. And yeah, you can tell the nerds early, so that's the quadratic equation. But the great thing is that they let me do it, and they felt that letting me express my creativity was more important than the pristine nature of the walls, and I was really blessed to have parents who saw it that way.
My parents taught me about the importance of people versus things, so when I got older and I bought my first car and I was so excited I had this shiny new convertible -- this is my niece and nephew, Christopher and Laura, and every month I'd take them for a weekend so my sister and her husband would get a little break and we would go off on adventures. And I just showed up with my new car and my sister was explaining to Chris and Laura, "It's Uncle Randy's new car.
You can't get it dirty," da-da-da-da, and they're just cracking up laughing because over her shoulder I'm casually opening a can of soda and just emptying it on the back seat. And they come running over and my sister says, "What are you doing?" I said, "It's a thing. It's just a thing." And I'm really glad I did that because at the end of the weekend, as I was driving them home, little Chris, who was about eight at the time, had had the flu and he threw up all over the back seat of my car. And I don't care how much value you get out of owning a nice shiny pristine thing, it's not as good as I felt knowing that I made an eight-year-old boy not feel guilty just because he had the flu.

Next thing: You better decide early on if you're a Tigger or an Eeyore. Tiggers are energetic, they're optimistic, they're curious, they're enthusiastic, and they have fun. And never, never underestimate the importance of having fun. I am dying soon, and I am choosing to have fun today, tomorrow and every other day I have left. If you want to achieve your dreams, you better work and play well with others, and that means you better live with integrity. Simple advice that you will find hard to follow. Just tell the truth. Second thing: When you screw up, apologize. There are a lot of bad apologies in America. A good apology has three parts: I'm sorry; it was my fault; how do I make it right? Most people skip that third part. That's how you can tell sincerity. The last thing is that we all have people that we don't like, that have done things we don't like, and what I have found is no one is pure evil. If you wait long enough, they will show you their good side. You can't make them do it in a hurry, but you can be patient.Show gratitude. When I got tenure as a young faculty member, there were about 15 young kids who had been working in my research lab.
I took them all down to Disney World for a week on my nickel, and one of my colleagues said, "This must have cost you an arm and a leg. How could you do it?" I said, "These kids just worked day and night for years so that I could get the best job in the world for life. How could I not do it?" I mean, gratitude is a very simple thing, and it's a very powerful thing.

And lastly, I don't think complaining and whining really solves the problem. This is Jackie Robinson, the first black major leaguer, had it in his contract not to complain if people spit on him. Now, I don't care if you're Jackie Robinson or if you're a guy like me who has only got a couple months to live, you can choose to take your finite time and energy and effort and you can spend it complaining or you can spend it playing the game hard, which is probably going to be more helpful to you in the long run. Now, I told you this was part of a lecture series at Carnegie Mellon University, and it's important for you to know why I gave the talk. The talk isn't just about how to achieve your childhood dreams. It's much broader than that. It's about how to live your life, because if you lead your life the right way, the karma will take care of itself.
The dreams will come to you. If you live properly, the dreams will come to you. I think it's great that so many people have benefited from this lecture, but the truth of the matter is that I didn't even really give it to the 400 people at Carnegie Mellon who came. I only wrote this lecture for three people, and when they're older, they'll watch it. Thank you. " RANDY PAUSCH
Etiquetas: Cómo ser feliz The best videos 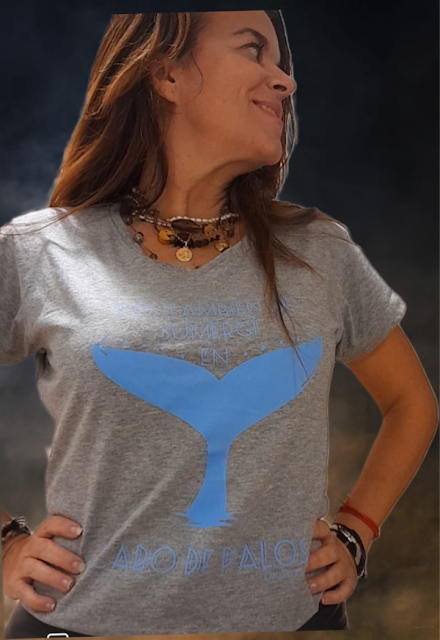